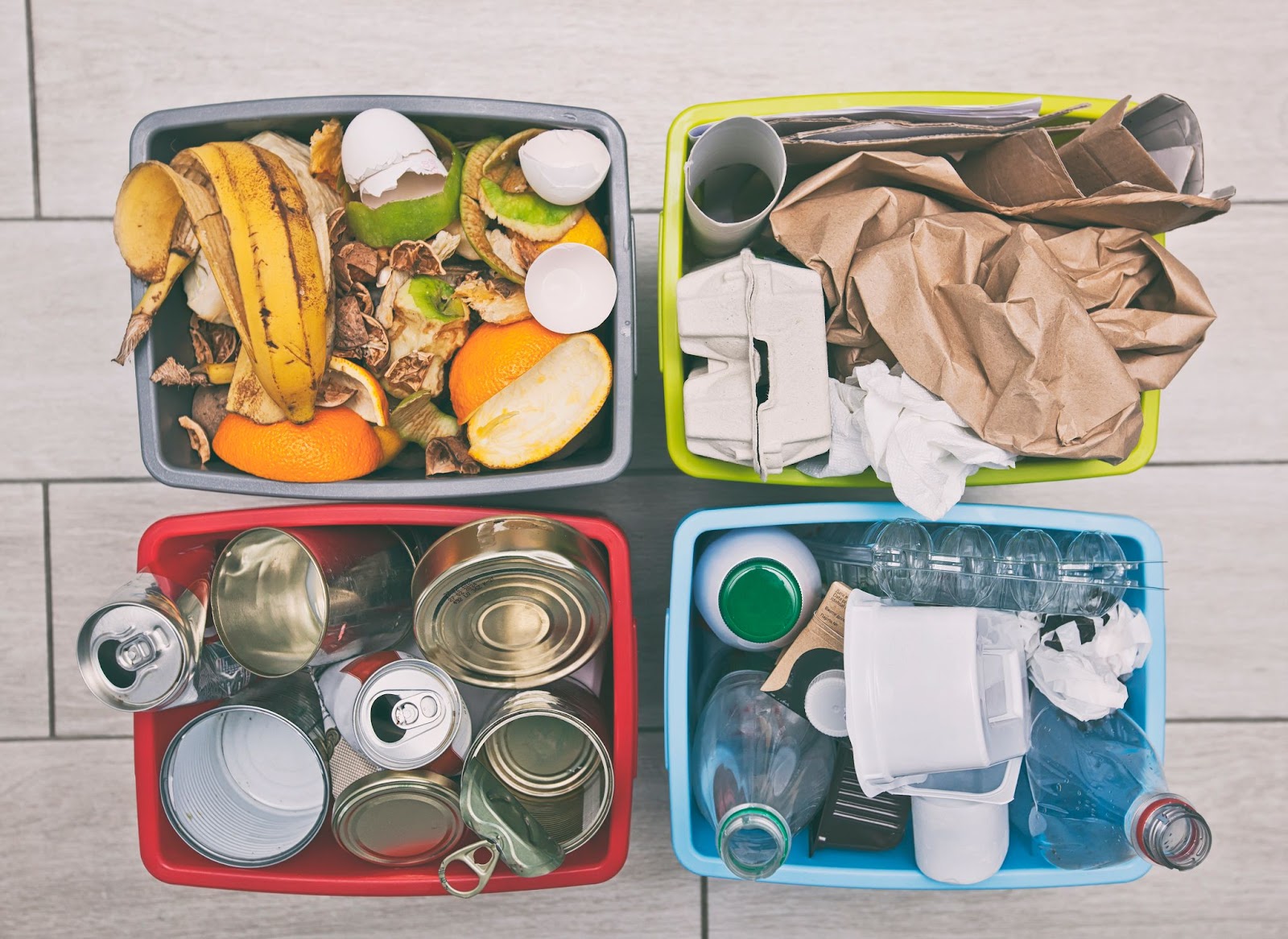 The Journey Through a Waste Sorting Facility with AI Robot Assistance

Have you ever wondered what really happens to your recycling waste when it’s collected from your roadside bin? From arrival at a waste sorting plant to the recycling baler (or compactor) at the finish line. If you’re wondering where an AI Robot plays its role in the sorting of waste, then let us explain the process.

Do You Sort Your Recyclables?

In many countries, the waste sorting process actually begins with consumers and homeowners, which means we all play a significant role in reducing landfill use and maximising the amount of waste that’s recycled. Placing recyclable items, such as paper or glass, into the appropriate recycle bins reduces the amount of sorting required at subsequent stages of the waste management process and ensures that these items can be sent directly to a recycling facility.

Once you place your rubbish at the kerbside, local collectors will pick up the waste and transport it to local facilities according to what type of rubbish it is and what type of waste sorting facilities are located in your area.

Typically, waste is transported to a materials recovery facility (MRF), where it can be processed and recyclables can be identified, sorted, and prepared for repurposing. Also known as a waste sorting facility, an MRF increases the amount of waste that’s recycled and helps to avoid refuse being sent to landfills unnecessarily.

How Is Waste Sorted?

Upon arrival at an MRF, waste is usually weighed and visually inspected to identify loads that are potentially contaminated with non-recyclable materials. Following this, co-mingled recyclables are placed on large feed hoppers. Acting as a conveyor belt, the hopper regulates the flow of waste materials and can also regulate the density of materials as they move to the next stage in the waste processing plant.

Before co-mingled recyclables are separated into single material streams, they may pass through a pre-sorting station. This initial sorting process is designed to ensure that any general waste or non-recyclable materials are identified and removed from the stream. While consumers and homeowners are adept at sorting their waste effectively, mistakes do happen, and this pre-sorting process helps to root out potential contaminants in the recycling stream.

When recyclables have been sorted, the goal is to ensure that they are reprocessed and reused. To achieve this, co-mingled recyclables need to be separated into single material streams. Once the process is complete, single materials, such as glass, plastic, or cardboard, can be sent to appropriate reprocessing facilities.

Many MRFs use robotic sorting solutions to identify and separate recyclable materials. These waste sorting robots physically pick and place materials so that they are in the correct stream, thus automating the process and maximising efficiency, but how does a ‘trash bot’ know which items to pick and where to put them?

To ensure items are put into the correct single material stream, MRFs use a range of technology, including optical sorters and AI robots. An optical sorter uses sensors, lasers, and image processing software to assess items based on pre-programmed criteria. This information is then fed to the robotic sorting equipment to confirm which items should be picked and which stream they should be placed in.

How Does AI Work in a Waste Processing Plant?

Artificial intelligence is already playing a key role in the waste management industry and an increasing number of waste processing plants are using AI technology to streamline their operations. By using AI computer vision to scan co-mingled recyclables, for example, items can be identified based on their composition and class.

AI can be used in conjunction with robotic sorting systems to automate the entire sorting and picking process at a waste processing plant. Using the AI system to identify materials via computer vision, robotic sorting equipment will then separate the recyclables into single material streams quickly and efficiently.

Recycleye Vision is capable of classifying co-mingled recycling into 28 different classes, which enables MRFs to accurately identify a wide range of materials. With AI plastics classes, for example, plastic recyclables can be separated based on the type of plastic they’re composed of and the colour and shape of the plastic.

Once recyclables have been sorted and picked, the recyclates (individual recyclable items) are in single material streams. To ensure easy storage and transportation, these items are then compacted and compressed into a cube using a recycling baler. With a wire baler, ties can also be placed around each cube to ensure it retains its shape and prevent items from falling by the wayside.

Why Is Waste Sorting So Important?

Waste processing plants and MRFs are critical to the way our society operates. Large MRFs can process thousands of tonnes of waste per week, enabling rubbish to be collected from homes, businesses, and public refuse sites efficiently.

By accurately separating recyclables into single material streams, waste processing plants make it possible for these materials to be repurposed and reused, essentially giving them a new lease of life. As a result, each week, thousands of tonnes of waste can be prevented from going into landfills and harming the environment.

With advanced AI and robotics solutions, Recycleye is bringing innovative new solutions to the waste management industry. Used in isolation or in conjunction with one another, Recycleye Vision and Recycleye Robotics enables MRFs to increase on-site automation, reduce OPEX, and optimise runtime.

To find out more about AI computer-vision waste processing and robotic waste sorting now, contact our team at hello@recycleye.com